Exploring the enigma of the universe and our mind 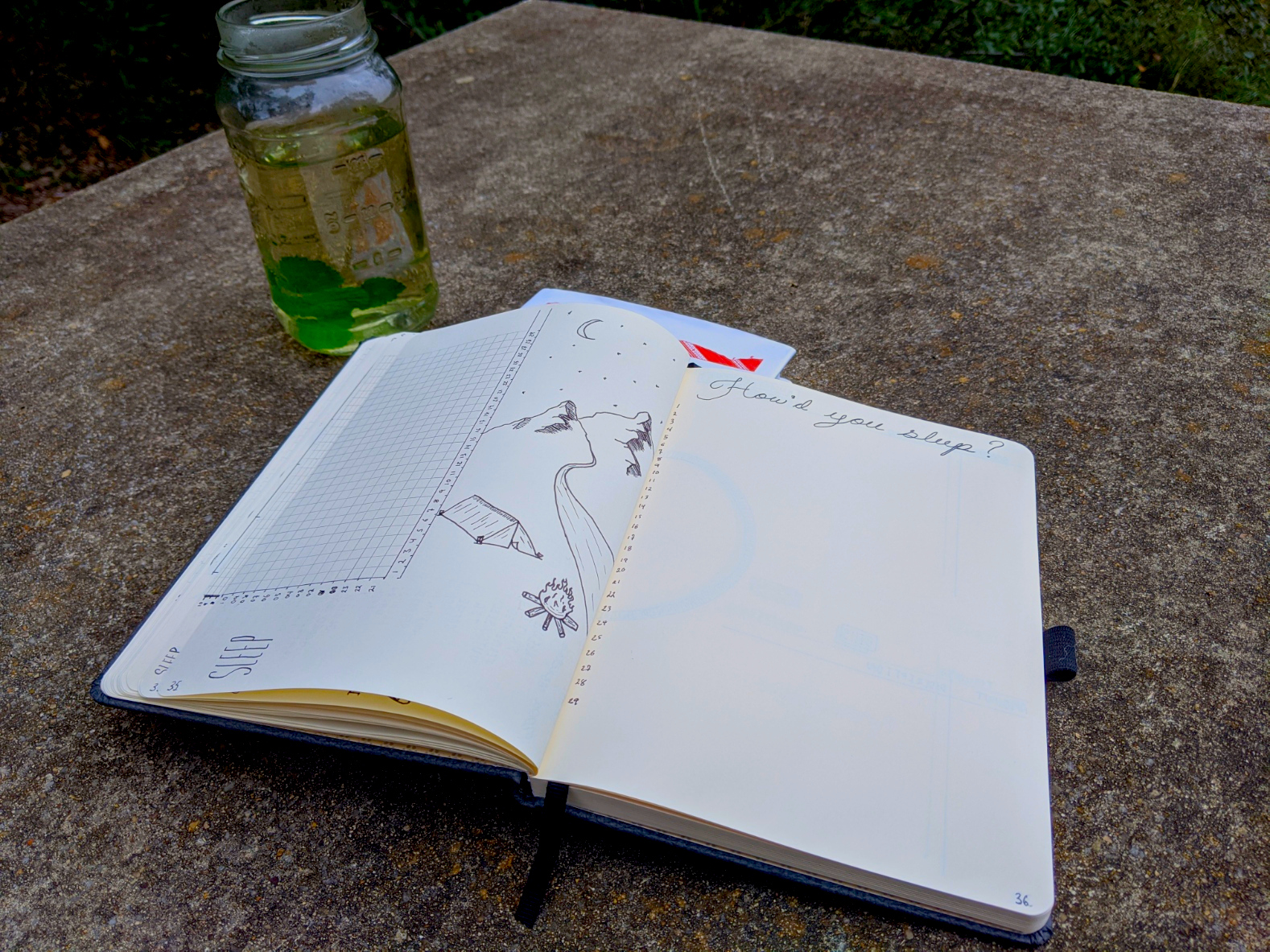 With February in rolling around the corner, I’m finishing up January in my bullet journal and setting up February. January was my first month journaling and I’m changing quite a bit for February. I mention this because it’s important to understand, just like it may have taken years to figure out how to take effective notes in lectures, your journaling method is going to require tweaking. There we’re several trackers I seldom used, and others I wish I had included. This just offers another opportunity to continue learning and experimenting each month. Embrace it.

Today I’m going to go over my “trackers.” This is the layout I use to track sleep, mood, stress, fasting, my activities, and my dietary consumption. I’ll go over what I changed from January and what else I’m planning on changing moving forward.

At the top I have my main three indicators: sleep, mood, and stress. Just below I filled the blank with a spot to add a little graphic about the weather; I felt that sunny days I was typically happier and I wanted to see if there was an actual correlation. Next I track when I consume anything caloric. There has been a lot of new research being done on fasting and intermittent fasting in regards to our health, while I’m no authority on the subject, I have adopted the practice and may perhaps expand on it here in the future.

Finally, I have the big intake/activity tracker. I include things I want to ensure I’m consuming regularly like greens and fruits, mood altering substances like coffee and alcohol, foods I want to avoid like animal protein and gluten, and finally actions I take such as reading, exercise, or meditation. One final note on February, at the top of this tracker I have a small area for mood effectors. I included this because I would find there were days where my mood ranged rather significantly in response to a sudden stressor or a pleasant situation that couldn’t be summarized with a single dot. I might be having a rotten day but have a spike in my mood when family comes visit or taking a quick hike with a friend. I wanted this tracker to cover a greater space but also to be on the same page as my other trackers so this was the middle ground I settled on for February. I’ll be brainstorming other options and would be happy to hear suggestions for future months.

On the next page I go more in depth on my sleep. Here I track the actual hours I am asleep (I find a significant difference in getting 8 hours from 2300-0700 in contrast with 8 hours from 0200-1000). I included this in January but felt I wanted more information on my sleep so I created a simple list where I ask how did you sleep? This will allow me to include if I struggled to fall asleep, if I was restless, how I felt waking up, etc.

In January you can see I began tracking weather with words but quickly found images to be far easier to determine at a glance. I had a row dedicated to ice water submersion (which I seriously slacked on) that I have condensed into my habit tracker for February. There were several items I removed from my tracker because they were simply too vague (like fried) and others I felt weren’t significant enough to continue tracking. I completely removed the Outdoors and Sun tracker because I rarely used it. When I did it was mostly speculative because I never wanted to document it while I was out enjoying nature. I have condensed it down into my habit tracker in February as simply outdoor time.

That seems to cover the big tracker. I would like to mention this general layout I took from a Youtuber named “Elsa Rhae”. I’m not sure if it’s her original or if she was inspired by another individual but wanted to ensure credit was given.

Please let me know if you have any questions or suggestions. Talk with you later, take care.